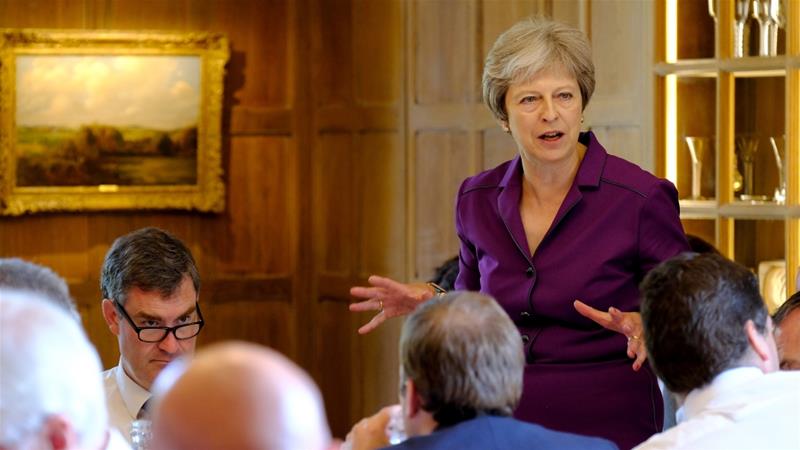 British Prime Minister Theresa May has secured approval from her cabinet to negotiate “a business-friendly” deal to leave the European Union but drew anger from hardline ‘Brexiteers’ and members of the opposition over her strategy to leave the bloc.

After a marathon 12-hour meeting at her Chequers residence on Friday, the prime minister seemed to have persuaded the most vocal Brexit campaigners in her cabinet to back plans for a new UK-EU agreement.

In a statement released late in the evening, she said the 26 cabinet members in attendance reached a “collective” agreement that would see the UK agree to negotiate a “common rulebook for all goods” in a combined customs territory.

May said her cabinet also agreed to negotiate for regulations for industrial and agri-food goods, ending the free movement of people, the supremacy of the European court and “vast” payments to the bloc.

“This is a proposal that I believe will be good for the UK and good for the EU and I look forward to it being received positively,” she told reporters.