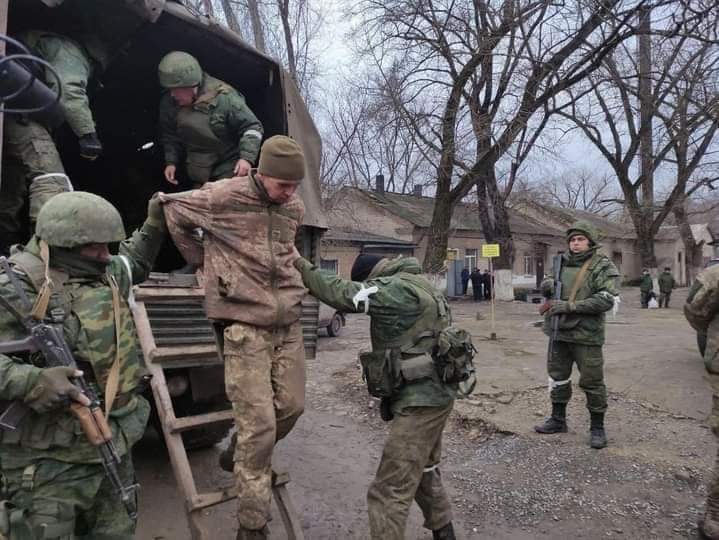 The world woke up to news of Russia bombing some Ukraine major airports, buildings following the crisis between both countries despite the fact that there have been appeals from some world leaders to Russia’s president, Vladimir Putin.

Of course, when the crisis began to be more pronounced earlier this year, many never thought it would be this serious but a popular Nigerian prophet, Primate Elijah Ayodele had foreseen and foretold the escalation during the release of his 2022 prophecies on Wednesday, 22nd Of December, 2021.

The prophecies which were packaged in a 90-paged booklet contained what will befall nations, individuals in 2022.

On page 12 of the prophecy booklet, Primate Ayodele categorically stated that the crisis between Russia and Ukraine will escalate if the two countries are not careful enough.

‘’ RUSSIA AND UKRAINE: The spirit of God said to me that the two nations must be careful as regards the crisis between them otherwise it will escalate and cause great problems. I foresee that world leaders will intervene for the crisis to be resolved’’.

As he prophesied, we came into the new year and saw how things escalated between these two countries. The other part of his prophecy that talked about world leaders intervening was also fulfilled.

On the bombings that took place over night, Primate Ayodele had in a prophetic statement released two days ago made it known that he foresees destruction that will affect countries if world leaders don’t immediately intervene and put an end to Russia and Ukraine crisis.

He said this when some African leaders visited him at his prayer mountain located around the Nigerian-Benin-Lome border.

‘’International communities should handle the crisis between Ukraine and Russia now, otherwise it will escalate beyond necessary. I advise Joe Biden and Putin to cease fire, this crisis will escalate to something more disastrous, it will cause destruction, though it will not lead to third world war, but I see destruction that will affect other countries.’’ (https://dailypost.ng/2022/02/22/ukraine-vs-russia-i-see-destruction-coming-primate-ayodele-warns-joe-biden-vladimir-putin/)

Just 48 hours after his prophecy, Russia made a huge strike on Ukraine, causing death, destruction on some of Ukriane’s notable establishments.

In his statement, Primate Ayodele said other countries will also be affected. Some news outlets have reported that the president of Russia, Vladimir Putin has issued a threat to any nation that tries to interfere in the crisis, stating that the response of Russia will be immediate.

Of a truth, these developments have fulfilled Primate Ayodele’s prophecies on Ukraine and Russia.