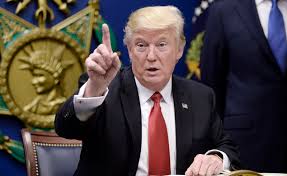 One of the weirdest things to have happened in 2020 after the pandemic broke must have been United States citizens advocating for the protection of votes in the heatedly contested election between Joe Biden and the incumbent Donald Trump. A country that is known for slamming ban on African nations where the electoral will is undermined and rigged.

Not only are elections generally rigged in African countries, but the destiny of the nation is also rigged and one of the reasons Africa especially Nigeria has not lived up to expectations. It seems we need an electoral college in most African nations than the United States, most importantly in Nigeria to reduce Northern dominance and pursue a workable political system.

We need to have a rethink about the meaning of good governance in Nigeria and learn from the political and governing structure of America we claimed to emulate. That good governance is not necessarily about making correct decisions as a single man at the helm of affairs for the benefit of others but putting a process in place that ensure correct decisions are made. What has brought us misfortune is not because we were colonized or that the British stole from us and enslaved us – that is merely a moral sentiment and not the causation of our backwardness and inability to fulfil the multiple factors that are prerequisite for a successful nation despite having all the potentials to surge to the front line of development.

This year’s election has proven that America’s system is not indispensable and, in every system, there is a weakness. In the end, Americans are also human and not from space. While many of us found electoral college absurd and weird, it seems the foresight and vision of those that introduced it in the 1700s were clear. They were more concerned about the future than their present. Trump’s fear and expression of doubt over the credibility of votes that were counted also shows that the system is far from being perfect – it means that no system can exist without its flaws but they must not be too many and beyond continuous adjustments. If Trump loses, no matter how much gibberish he says; his conscience will know that the same system that brought him on board sacked him.

In fairness to Trump, we must admit he changed some things in America, he built the economy which is very bizarre of any Republican-led administration. They are notoriously known for destroying America’s economy and Democrats coming to fix it. Most importantly, he didn’t start any unnecessary war with other nations, his approach to keeping world peace is not based on force but understanding.

However, his harsh policies against immigrants (America is a country of immigrants, there is no true American), racism and his slow decision making on the “China virus” as he would have loved it to be called is unforgivable. A nation like America with the medical capacity to cater for thrice of its population shouldn’t have been caught unaware of such a virus. Americans know that it is not based on lack of capacity as a nation such catastrophic incident befell them but Trump’s decision making in failing to acknowledge the existence and validity of the virus. The election shows they are only interested in responsibility and the search for truth instead of searching for blame.

Regardless of the outcome of US Presidential election, Africa must set foot on the path of rebuilding their political values and system, we don’t have to be entirely American or European, but we must build a sustainable political system that will ensure the safety of our future. The continent and its nations don’t belong to only the present generation but also future generations. We must redesign our political culture to suit our present and future political aspirations.