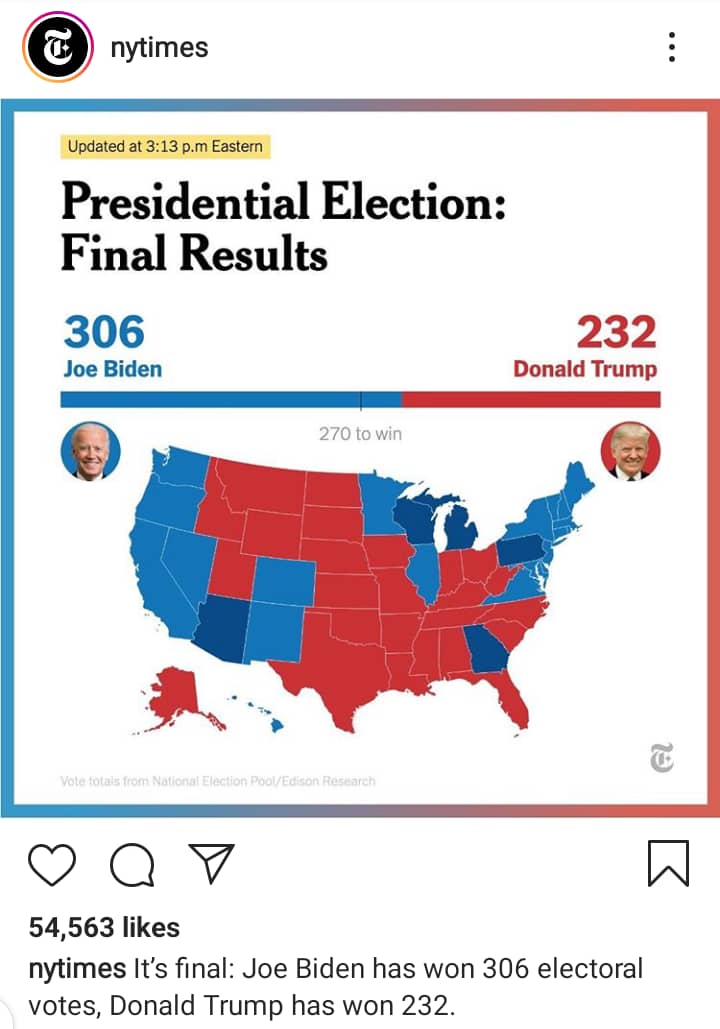 The hope of United States President, Donald Trump to stay at the Oval Office beyond January 20, 2021 has been dashed as Joe Biden extends his lead in US 2020 Presidential election.

The New York Times called Arizona and Georgia for Biden after votes counting officially ended in the two states.

Recall that Trump of the Republican Party is contesting alleged  acceptance of in-mail votes after election period.

Joe Biden is now US President-elect and 46th American President in waiting.