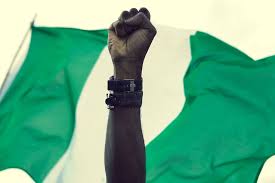 Socrates is known for asking probing, thought-provoking and humiliating questions which earned him a death sentence of corrupting the youths in Athens, I am not ready to die, that is why I will be asking probing and thought-provoking questions leaving the humiliating ones out. Beyond the dreams of Nigeria’s founding fathers, what are the dreams of citizens of this nation? There is no part of the nation that is peaceful, we are more divided now than ever, has it ever been like this in Nigeria – from the economy to security, nationhood, and social structure collapse.

Beyond the irreplaceable loss of lives largely due to insecurity, education has paid the biggest price for this desolate nation. Then, if you sit down and look deep into Nigeria’s destiny, it appears like an impossible project. “In a democracy, blame the people, not leaders” is an assertion made in a book written by Pastor Sunday Adelaja titled “Nigeria and the leadership question”. I initially disagreed with his assertion, but on a second thought, nation-building is beyond the job of one man or reducing it to the search for great men alone, we should begin the search for good men. The most important lesson of the 21st century has to be “integrity is not an economic policy and beyond the razzmatazz nature of campaigns launched by our politicians such as 4+4, Next Level, Change, #Otoge, #O tun ya #EdoNoBeLagos, among others, we should start looking into issue-based campaigns and how these people intend to turn things around”.

The search for men of capacity must begin, not some analogue and politically packaged heroes. There should be a significant change of attitude in a world that is getting more sophisticated than ever before. The major departure between us and people who existed centuries before us is the knowledge we have acquired which must be channeled towards advancing the course of this salvageable nation. If you are a teacher in a school, you will see dreams fading right away in classroom. Gone are the times when people wanted to, among others, become president, doctors, teachers, astronauts, pilots, engineers and brilliant soldiers. Today, these dreams or aspirations no longer exist. Interestingly, it is no longer shocking to see such descent in our social values. In a nation where leaders only think of what they can grab, what does one expect of the vulnerable citizens – especially the growing army of despondent youths?

Rather than focusing our whole attention on our unwieldy challenges without adequate planning, why don’t we get our acts together to truly possess or repossess our nation? History has shown that only patriotic citizens build and make a nation, hence, the survival of Nigeria is by no means divine, rather it is in the hands of its people. Our corporatism – that is, if it still matters – can only be jealousy guided by the people. Indeed, the future of Nigeria will be greatly shaped by what we can do today but which we are flagrantly failing to do and which may consign Nigeria to a mere Third World country that it has always been – even 500 years after now.

John Adams said “ facts are stubborn things, and whatever may be our wishes, our inclinations, or the dictates of our passions, they cannot alter the state of facts and evidence…”, it is glaring that the only resources cherished in this nation is oil, not the people whereas people are also natural resources. So if they are prevented from going through the process of transformation, they will remain natural or raw in all ramifications. Nigerian people are actually raw which is why those that do not want to become wasted talents are deserting the nation in droves. No serious nation will sit comfortably and do nothing about constructive disappearance of its middle class with grave implications for its national work force and the civil service. Never has it been contemplated that many Nigerians would willingly desert their country to Europe, America or Asia popularly referred to as “saner climes” as now.

Nigeria needs to become a place where dreams are possible, where prosperity is and will not be automatic, it must be determined with the proper grooming of its future leaders backed with critical citizenship education. As 2023 beckons, are the electorates ready to make hard political choices that could truly set the nation free from its primordial captives?

Whatever we decide on, future generations will remember us for it. We owe this nation a lot, as Barrack Obama rightly said, “we did not come to fear the future, we have come to shape it…”, let us shape Nigeria’s future. We should have a government people respect and a government that fears the people. Individual’s idea of a nation is different To some, it is by the amount of food on their table or how many times they can afford to eat daily or how prosperous their business is; the quality of education they enjoy, employment opportunities available and environment to thrive and succeed, WE ALL HAVE A NATION TO PROTECT! Let’s protect it. .