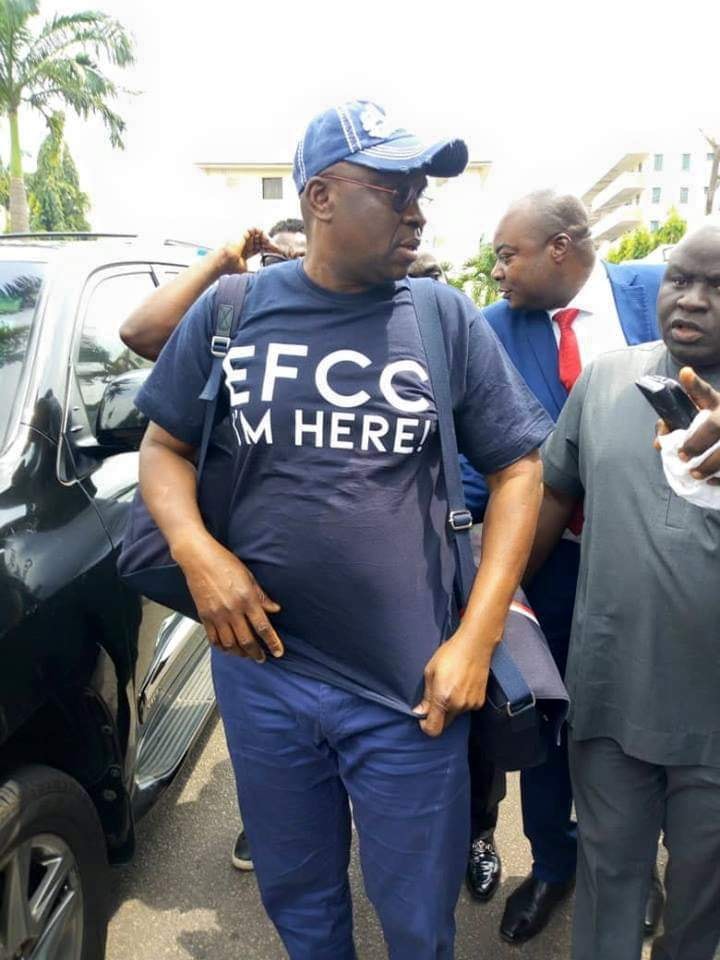 Ex-Ekiti state, governor whose tenure expired midnight on Monday stormed EFCC Office in branded T-shirt with the inscription- EFCC  I AM HERE  was sighted with his bedclothes and pillowcase.

He has been invited to the headquarters of the EFCC where he will answer to allegations that he received about N1.3bn from the Office of the National Security Adviser through the then Minister of State for Defence, Senator Musiliu Obanikoro.

Fayose is still waiting for officials of the commission to attend to him as at the time of filing this report.