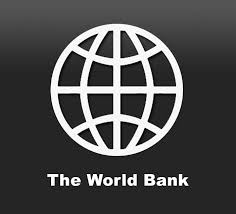 The World Bank has expressed its readiness to collaborate with the government of Osun on the need to improve livestock productivity in the state.

The World Bank Livestock Productivity and Resilience Team that came to visit locations where the state government uses for animal husbandry to access the readiness of the state for the collaboration said Osun is fully prepared for the project.

Led by Mr Samuel Taffese, who was represented by the Senior Social Development Analyst for the bank, Prof Olukayode Taiwo, stated that having gone round the state, they are rest assured that the Osun is fully ready for the project.

Taffese stated this while leading the team to pay a courtesy visit Governor Rauf Aregbesola at the government house in Osogbo, on Wednesday.

According to Taffese, among all the states visited so far, Osun is the only state that has shown the enthusiasm for the project, saying that state already has an efficient team that will deliver on the needs of the World Bank concerning the project.

Taffese said: “Osun government is doing a fantastic job in the area of agriculture, with what we have seen on ground in the last twenty four hours of our stay, we are so comfortable that we have come to the right place.

“It is obvious that we are on the same page with the Osun government, it is clear that the present administration in the state has taken steps to also improve the yield of livestock in the state and we are so encouraged by this because that’s what we intend to do.

“We sincerely appreciate the interest of the governor in this project. What we saw that is already being done at the Leventis center in Ilesa is fantastic and amazing, with that, we know that our job here in Osun is going to be easy and interesting because a foundation has been laid.

In his response, Aregbesola explained that the improvement of the nation’s cattle and other livestock breed is the major solution to the herdsmen/farmers crisis the nation is facing.

He stated that when the breed of the local cattle is improved upon and they become as healthy and robust as they ought to be, it would be difficult for nomads to move or roam around with them and the crisis between farmers and herdsmen will stop naturaly.

The governor added that the goal for every government in the country should be to raise cattle and other livestock animals in such a way that will make it completely impossible for them to be moved around.

He noted that when this is done, it will not only put an end to farmers and herdsmen crisis but also improve the economic value of the animals noting that a lot of yield is being lost as a result of moving them around.

Speaking on the partnership between the state and the World Bank, Aregbesola stated that his administration will fully support the move, promising that the state will ensure prompt payment of its counterpart fund as at when due.

Aregbesola who explained that there is no aspect of agriculture which the present administration has not touched, stressed that his government will continue to support agriculture because it is one of the major ways out of poverty by a people as it will make them understand the value of work and money.