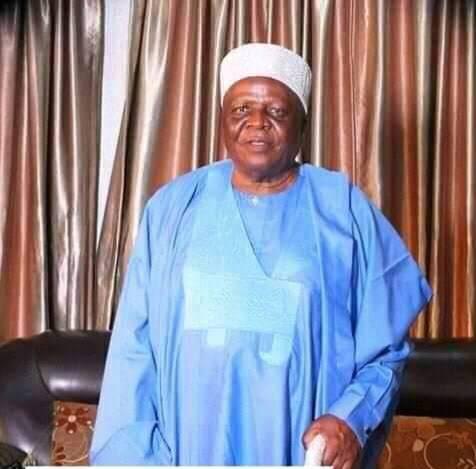 The Law/Gazette by the colonial masters recognized Eko-Ende as a beaded crown Oba since 1904. Another gazette of 1948 reinstated that Eko-Ende, though a smaller town, being ruled by a full beaded crown Oba for many years before the 1904 gazette and she has prescribed authority over the villages, hamlets and towns. Eko Ajala is one of the towns traditionally associated with Eko-Ende. (How this came to be, we’ll tell in another story).

Furthermore, it is an established fact that Otin river demarcates the boundary between Eko-Ende and Ikirun.

In a letter ref: G1/1/143/48 dated November 15, 2004, the Solicitor General and Permanent Secretary written to the Permanent Secretary, Ministry of Local Government, Chieftaincy and Community Development, it was stated that the Elende of Eko-Ende:
1. Is a beaded crown Oba
2. He is part II recognized Chieftaincy
3. All the other villages and hamlets over which he is traditionally associated are Baales and he installs them
4. The Elende of Eko Ende is also a Vice Chairman, of Osun State Council of Oba

Facts reaching us has established the fact that, Akirun is interested in grabbing the land that belongs to Eko-Ende. By penetrating Eko-Ajala, he thinks he can achieve his desire.

The relationship between Eko-Ende and all her neighbors, Ikirun inclusive, have been very cordial before the present Akirun of Ikirun started interfering with the affairs of Eko-Ende territories for his personal objectives.

It is a known fact, backed by gazette by the colonial masters and court judgements that, Eko-Ende has an oversight authority on the selection and installation of Baale of Eko-Ajala (also known as Olumoorin).
After the demise of Baale Oyeleke, Akinrun went ahead to endorse a Baale Ezekiel Adegboye, a retired police officer, at Eko Ajala without the consent of Elende of Eko-Ende then, Oba Raji Oladosu.

The process was challenged in court but Elende of Eko-Ende withdrew the case due to the intervention of prominent people in the two communities.
Baale Adegboye paid the installation fee to Elende .

The Baale passed on some months later and Elende installed another Baale, in person of Sunday Akinwale.
Not quite long after the installation, the new Baale Akinwale was deceived by Akirun that he could use his connections with the then Governor Aregbesola to get him promoted to an Oba. The Baale fell for that. Akinrun actually got the consent of the Governor (at the eleventh hour when the Governor was leaving office) as promised and the Baale of Eko Ajala was crowned as an Oba in Akirun’s palace.
The Elende of Eko-Ende, not taking the law into his hands went to court. A judgement was given to the effect that the process should be reversed immediately. The state Government effected the judgement and the Baale was made to refund the salaries he received as an Oba.

Early this year, there was a petition written by some individuals in Ifelodun local government to the extent that, as a Baale, Mr. Sunday Akinwale, the then Baale of Eko-Ajala was still receiving salaries as an Employee of Ifelodun Local Government as at the time he was also drawing salaries as thevBaale of Eko Ajala.

The petition was investigated by the office of the Auditor General, State of Osun and a copy of the report was sent to Elende. To safe him from the embarrassment of installing a fraudster as a Baale, Elende removed Mr. Akinwale and installed Baale Saliu Oluwagbenga as the Baale of Eko-Ajala. That Elende’s action was challenged in court, as at date, the status co remains as instructed by the court.

As far as we know, Ikirun and her people have been very friendly with Eko-Ende and her people. We are very much sure that the sons and daughters of both towns will not like the Akinrun Oba Rauf Adedeji to use his personal land _grabbing interests to jeopardize the historic relationship. He should be called to order.
We are aware that Oba Rauf Adedeji, the Akirun of Ikirun is not in good terms with other Obas (Eburu of Iba and Olobaagun of Obaagun) in Ifelodun Local Government Area but that’s not the purpose of this complaint.

We call on well _meaning individuals and organizations to intervene before someone’s interest is used to provoke disorderliness against one another.