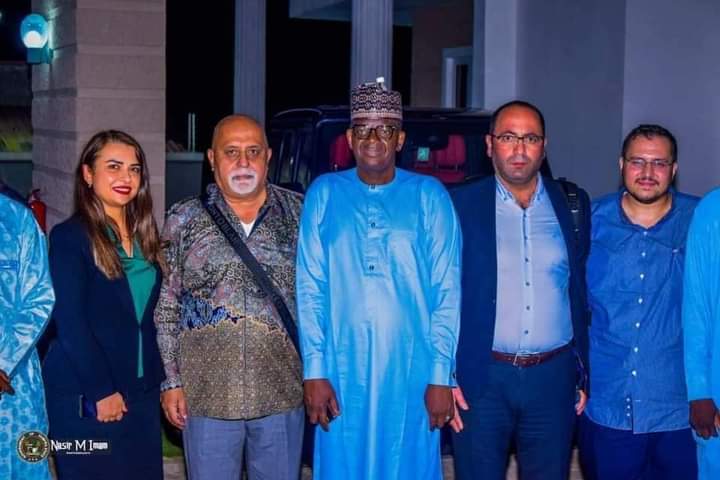 … TO RESUSCITATE 19 GROUNDED GINNERS IN THE STATE

Following his last visit to the Republic of Turkey, Governor Bello Mohammed (Matawallen Maradun) has hosted a team of investors from that Country at the State Government Lodge Abuja.

The meeting, held under closed door, explored ways by which Turkish companies will invest in Security, Agriculture and Commerce, priority among which is to invest in the abandoned 19 ginners in the state.

The team led by Mr Barri El-Sasa chief Executive Officer of Windows of Turkey was excited that the state hosts 19 out of the 51 ginners in Nigeria and expressed the desire of the Turkish Companies to explore this wonderful opportunity by investing to improve trade and commerce between the two parties.

The Turkish team had a fruitful deliberation with the state Government Officials led by His Excellency and reviewed the agreement reached and arrived at the conclusion to allow Turkish companies to invest in Zamfara state in the area of Agriculture and Commerce.

Governor Matawalle who expressed his delight at the agreements reached, called on the investors to quickly make their presence in the state as already the Government has made all arrangements necessary for their arrival .

The meeting also noted that Zamfara State has an existing Textile industry which requires resuscitation with modern equipments, and already, agreement is reached to provide ground for study of the facility with the view of making it work.

Other areas of need deliberated include the exploitation of abundant mineral resources in the state as well as the need to invest in cotton production, an area passionately marked as priority to the present administration. The team is expected to soon avail itself for preliminary actions on the agreements reached.

Similarly, a team of Companies engaged in advanced Security Operations led by Mr Mustapha Baris Dazgun General Manager of Asisguard finalised an agreement with the state government to partner with the state Government in the area of security which is expected to bring a quick end to the menace of banditry in the state.