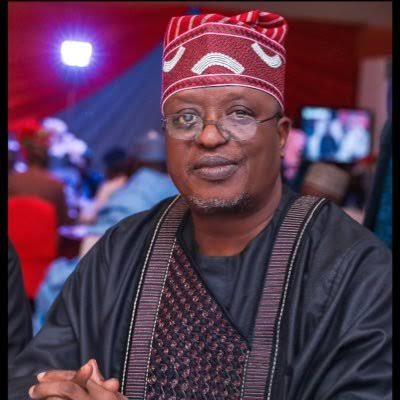 Every leader is a sower of seeds! Whatever you sow as a good deed or kindness will become a blessing to you one day! A leader is in a position to sow many seeds in people’s lives. The concept of leadership is not just the ability to lead, dominate, instruct, or control. Rather, the act of leadership starts from the mind. That is, the moment you think of new ideas, innovations, and possibilities – capable of stimulating the desired change in people and society – and translate the same into reality. A leader is someone who thinks right, acts right, and teaches people how to do the right thing at the right time. A true leader creates the vision, sets the tone and direction for his team, motivates and inspires them, as well as guides them to the right destination. A great leader is someone courageous, resilient, focused, and passionate about the attainment of a common goal. Senator Lola Ashiru, representing Kwara South Senatorial District, is one man whose sojourn and accomplishments in the private and public sectors are synonymous with what a true leader represents.

A true leader that he is, Ashiru’s successes in his career, as an Architect can be well appreciated. Particularly, through the arrays of professionals who have passed through his mentorship, training, and tutelage in the trajectory of his meritorious building and architectural practice. Today, these individuals are now professionals and are admirably holding torches in their respective firms and organizations. In public service, Senator Ashiru’s inroads into politics were like a colossus. His quest to actualize his dreams and vision of a better Kwara and Nigeria, as well as his desire to provide quality leadership, where people across the country can be reached and their lives touched positively, informed his decision to join politics.

His election into the 9th Senate of the Federal Republic of Nigeria, as Senator representing Kwara South Senatorial District in 2019 afforded him the opportunity of providing the right leadership to his constituents and the entire people of Kwara State, by amplifying the voice of the masses. Particularly, through the many bills he sponsored and several motions, he moved on to issues that affect the lives of Nigerians. Hundreds of thousands of people who are beneficiaries of Senator Ashiru’s empowerment and scholarship schemes will equally attest to the fact that Ashiru’s entry into politics is a blessing.

Little wonder that when the last APC primary election conducted in Idofian was announced, and Senator Ashiru emerged as the winner, the outcome did not come to many as a surprise. Senator Ashiru has not only represented his people of Kwara South Senatorial District well in the Red Chambers, he has regularly kept in touch with them through empowerment programmes and impactful projects. Senator Lola Ashiru may not be the loud type, but his performances surely speak for him where and when it matters most. Three years on, Senator Oyelola Ashiru is proud to have kept the promises and upheld part of the bargain with the electorates, whether on the floor of the senate or outside.

No doubt, the Kwara South voice has been heard loud and clear. Senator Lola Ashiru has refused to be intimidated or cowed. He has shown himself capable of being a good representative of his people. There are two yardsticks for assessing the performance of a legislator. One is the mandate of a legislator vis-à-vis his election promises. The second is the constitutional functions of a legislator; legislation (making laws for good governance) and oversight of executive policies, programs and projects to serve as checks and balances.

In his three years in office, this great man of the people has been able to do wonderfully well in these two. Senator Lola has touched the lives of the masses as well as different sectors positively. He has also attracted many federal government-funded projects to Kwara State, particularly Kwara South Senatorial District. He is also providing strong leadership for his people in the politics of the State and country. In fact, one cannot exhaust the description of his inestimable achievements thus far. However, it is important to mention some of the projects he started and completed in the space of three years.

As the Vice-Chairman of the Senate Committee on Housing, Senator Ashiru and other committee members has commenced the review of many acts such as the Land Use Act of 1978; the Federal Government Housing Loans Board Bill; the National Housing Fund Scheme Act 1992; Mortgage Banks Act 1989 (subsumed in BOFIA); Real Estate (Regulation and Development) Bill 2018; and Federal Mortgage Bank of Nigeria Act 1993. Others are the review of the Trustee Investment Act 1962; the Nigeria Social Insurance Trust Fund Act 1993; Insurance Act 2002; Investment and Security Act 1999; Federal Housing Authority Act 1990; climate change adaptation policy; policy creating the National Council on Housing for sector regulation; securitisation bill and other affordable housing policies. As a ‘Master Builder’, Senator Ashiru’s appointment to this committee is a square peg in a square hole. In addition, Senator Lola Ashiru, along with other committee members, has carried out reforms in procurement where he is the Deputy Chairman of the Senate Committee on Procurement.

In furtherance of the development of the Kwara South and its people, Senator Lola Ashiru has influenced the appointments of sons and daughters into Federal and State Agencies, and several others have been gainfully employed in other places. In the area of human capacity development, many women and youths in the senatorial district were trained by the personnel from the Forestry Research Institute of Nigeria (FRIN) and empowered in agroforestry enterprise. The participants were trained on businesses related to agroforestry and were thereafter given a substantial amount to start small businesses on what they have been trained on. This is as the world moves away from Oil and Nigeria struggles to extricate itself from a perilous mono-economy powered by dwindling fortunes from equally diminishing resources. It, therefore, became more urgent now than ever to embrace agriculture by empowering the youths through training and retraining and other incentives to make agriculture attractive even as they grow to become employers of labour, feed the nation, and effectively help diversify the economy.

As a man who cherishes education, Senator Ashiru has supported many educational development programmes. The Senator Ashiru scholarship to indigent students of Kwara origin in higher institutions has been a source of relief to many parents and guidance. This scholarship scheme has helped to keep students in school while relieving their parents of some financial burdens associated with the cost of higher learning. This is in addition to the several classrooms he has built, both in primary and secondary schools for students to have conducive learning environments. Many communities in the senatorial district have also been beautified with solar street lights.

Consequently, Senator Ashiru has also carried out several constituency projects in the constituency, from the provision of transformers to the construction of roads. The Senator has also facilitated Federal Government Ecological intervention, to open up many roads across the senatorial district. In the health sector, Senator Ashiru has built cottage hospitals across Kwara South. He has also supplied drugs to many hospitals.
In a bid to project Kwara South Senatorial District through tourism, the senator embarked on a salesmanship trip to visit all the tourist sites in the district.

In furtherance of this, the senator also sponsored more than 300 youths, researchers and prospective private investors to explore the tourist centres’ domicile in the district. Similarly, micro, small and medium scale entrepreneurs have benefitted substantially from the free distribution of items and start-up capital needed for the sustenance and promotion of their businesses. Senator Ashiru also revamped many ‘street boys’. He has transformed them into responsible and responsive citizens. They were engaged with shops fully equipped to practice their learned skills.

As if these were not enough, Senator Lola Ashiru sponsored widows’ empowerment across the senatorial district, where widows were randomly selected across the 83 wards in the senatorial district. The widows, being part of the vulnerable people in society, the empowerment served as a means to assuage their pains and to start up petty trading that would yield income for them. In addition, a free surgery initiative for various ailments has been carried out with great success recorded. Hundreds of Kwarans have benefitted from Senator Ashiru’s free surgery initiative and society is better for it as this results in greater productivity for the beneficiaries and a great relief for family members. Many aged have also enjoyed the provision of food items.

Senator Ashiru has also intervened, during the COVID-19 pandemic, by providing varieties of food items to the constituents. Without recognition and any affiliation as criteria, Senator Ashiru distributed palliatives to the poorest of the poor in the nook and cranny of Kwara South. The constituency reverberated with joy. They sang praises of Senator Lola Ashiru and rained heavenly blessings upon him for this unrivalled and never experienced benevolence with humility.

Not surprising anyway, Arc Lola Ashiru had been a philanthropist before he ventured into politics.

His philanthropic gestures have earned him several chieftaincy titles across Ibolo, Igbomina and Ekiti. Among them is Odofin of Offa and Babalaje of Ajase-Ipo. It is for these reasons and many more that ‘Boda Lola’, as he is also fondly called, will continue to be considered by Kwarans and even those beyond as the Best Performing Senator in the State and among the most effective lawmakers in the entire nation, based on verifiable indices!

Without any comparison to any Senator, Architect Lola Ashiru can comfortably sit in front as the senator who has a direct impact on the lives of the people in the senate. These three years of Senator Lola Ashiru can only be said to be a success that should be admired. The people of Kwara South and indeed, Kwara State can only be proud of this distinguished personality.

It is, therefore, necessary that the people of Kwara South give their support to this super-Senator to enable him to do more beyond 2023. It is a challenge for Kwara Southerners to respond the way the good soil did. We should not be like the hard path, or the shallow ground, or where things crowd out the word.

Let Senator Ashiru continue to sprout his good seeds. We should not be bad gardeners who rebelled and destroyed the good of his creation. We all fought against bad representation to arrive at this spot. Managing our harvest beyond 2023 is worthwhile. A word is enough! As Senator Ashiru celebrates his 67th birthday this month, we pray to God to continue to protect and guide him. We pray to God to endow him with even greater wisdom to lead his constituents to the Promised Land.

Abdulfatai, an independent researcher, writer, and editor, write from Offa. He can be reached through obiograph@gmail.com