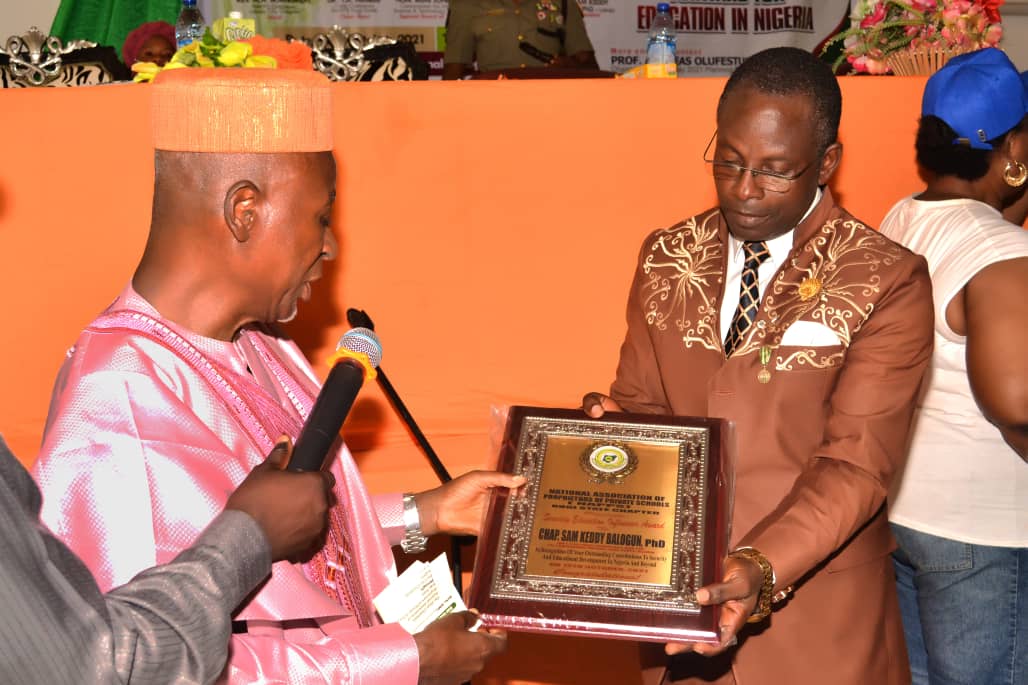 The Commandant General of the Chaplaincy Corps, Dr Sam Keddy Balogun has called for concerted efforts towards addressing recent waves of security challenges in the country.

Chaplain Balogun stated this in a paper presentation at the celebration of the National Association of Proprietors of Private School’ (NAPPS) day in Lokoja.

The Commandant General who spoke on ” Curbing Rising Spate of Insecurity – Way forward for education in Nigeria, said insecurity is currently threatening the foundation of the nation and has badly affected the Northern part of the nation with it’s educational disadvantaged status.

He racalled the traumatic story of the 276 Chibok girls that were abducted in 2014 noting that over 600 had been kidnapped while in school.

Chaplain Balogun said such experience had ripple effects on the educational sector, affecting parental trust in school system, drop of morale for learning, fear of unknown as well as drop in performance and results.

He warned against retrogressing towards such dimension noting that poorer educational standard could lead to total collapse of a nation.

The Commandant General urged governments to find the causes of Insecurity and as well investigate the sources to determine different approaches towards solving the issues.

He urged governments to the responsive to their primary roles as patriotic citizens emphasising that their failure to provide basic necessities can breed frustrated citizens.

The Commandant General appealed the all citizens to take security as a personal concern and discourage agitations towards fragmenting the nation.

While expressing appreciation to NAPPS for the award bestowed on him, Chaplain Balogun promised to continue to render his services to humanity.