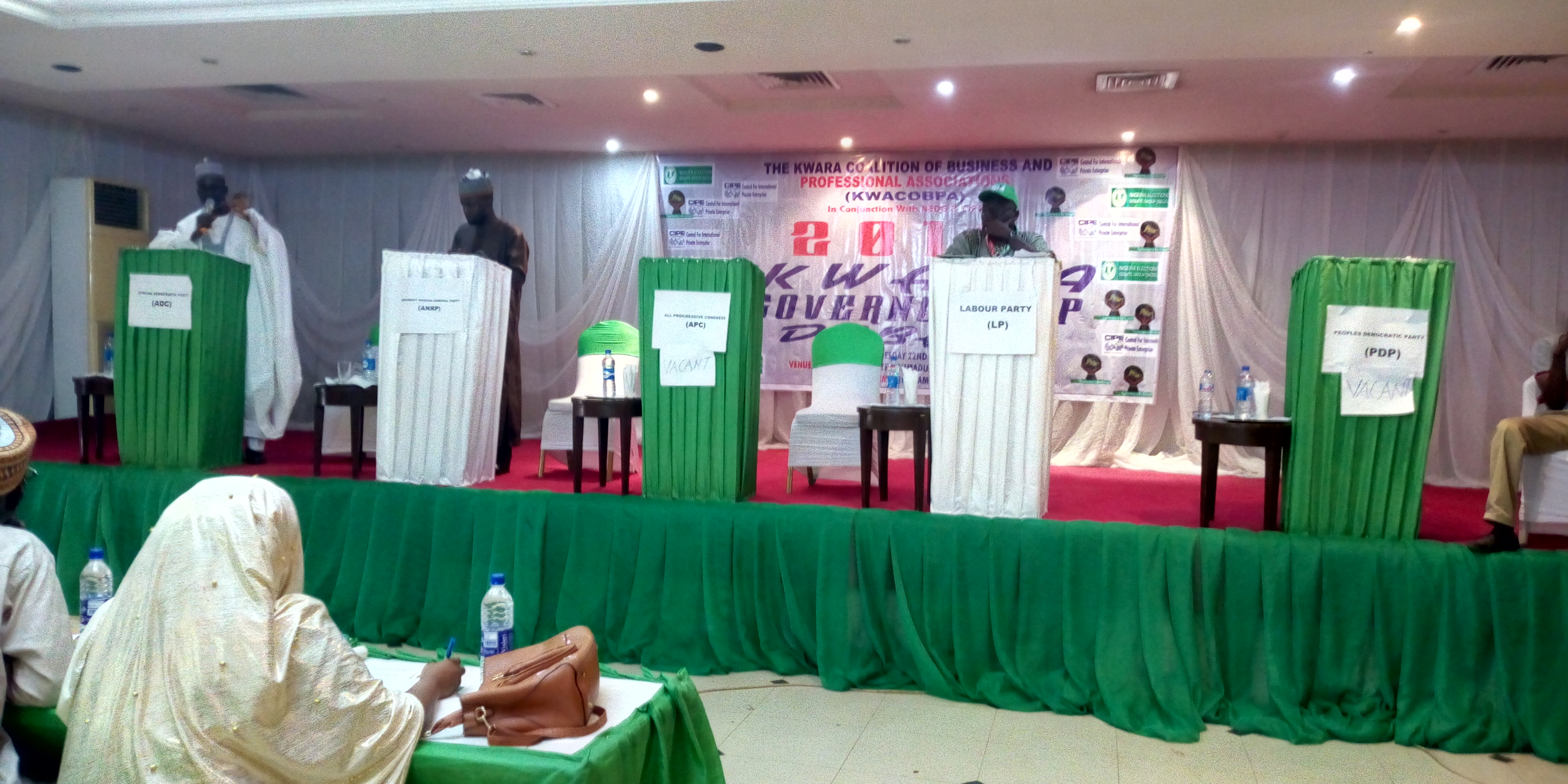 The space of the two candidates was marked as ‘VACANT’ during the debate held at Kwara Hotels, Ilorin on Tuesday.

2019 Kwara Governorship Debate was organised by Coalition of Business and Professional Associations (KWACOBPA) in conjunction with NEDG and CIPE.

Hon Rasak Atunwa and Abdulrahman Abdulrasaq had earlier failed to honor invitation of TheCandidatesforum and BBC in December 2018 and January 2019 respectively.

Reacting to absence of candidates of the two major political parties in Kwara state, Labour Party Candidate, Comrade Issa Aremu described their action as disrespect for the citizenry.

Comrade Aremu said the debate is an avenue to share ideas and engage in intellectual discussions about governance.

He advised the electorates to vote for the right candidate, not party.