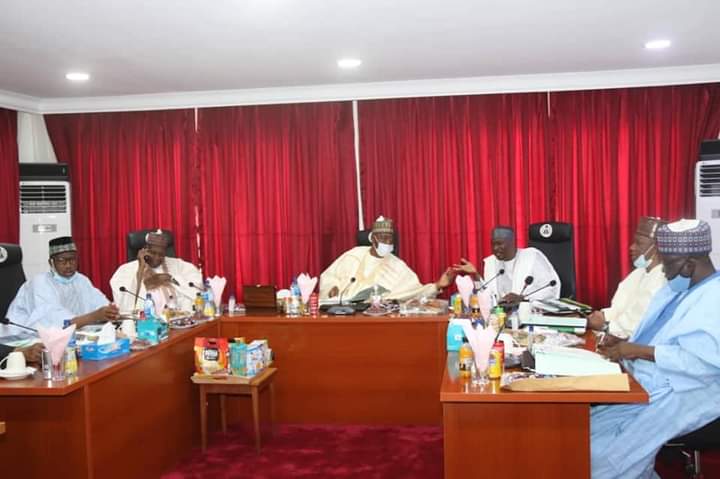 COMMUNIQUE ISSUED AT THE END OF THE 4TH MEETING OF THE NORTH EAST GOVERNORS’ FORUM HELD IN BAUCHI ON WEDNESDAY,3RD MARCH, 2021

The Executive Governors of Adamawa, Bauchi, Borno, Gombe, Taraba and Yobe States, under the auspices of North East Governors’ Forum, held its 4th meeting in Bauchi, Bauchi State and discussed, among other things, the challenges facing the sub-region.

Thereafter, it resolved as follows:
1. The Forum, appreciates the reinforced efforts in the fight against insurgency and other forms of criminalities in the sub-region, however, it strongly feels the need for community policing and sub-regional security outfit to compliment the efforts of the Federal Security Agencies in addressing these challenges.

2. The Forum deliberated extensively on the Mambilla Hydroelectric Power Project and noted with dismay, that the project as important as it is, to Nigeria and the North-East sub-region, is only existing on paper but in reality the project has not commenced. The Forum therefore calls on the Federal Government to accord the project the desired seriousness because of its anticipated impact in turning around the fortunes of the sub-region and the country at large;

3. The Forum notes the need to be aggressive in repositioning Education in the sub-region and resolved to form the North East Council on Education, with the mandate to improve quality and performance of students, set up peer review, and collate data to drive decision making on education including performance, admissions, regulatory framework, human resource management and digitalization among others. This Council is to be chaired by the Bauchi State Commissioner for Education – Dr. Aliyu Tilde. 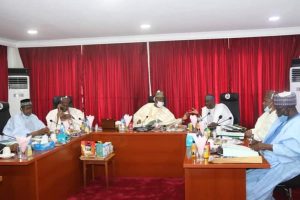 4. The Forum noted that the zone remains short-changed in Capital Appropriation in the 2021 budget. While recognizing that the budget is already passed and signed into Law, in view of the precarious situation of the sub-region with the fact that the region requires aggressive infrastructural intervention to defeat the insurgency and build the resilience of the communities, there is need to make adequate allocation for capital projects for the sub-region in the build up to the supplementary budget which is the only appropriation window to redress the apparent injustice to the region.

5. The Forum notes with thanks the selection of some roads in the sub-region to benefit from the Presidential Executive Order 07, to be constructed by Dangote Group and Lafarge/Ashaka. However, the Forum advise that there should be value for money in the implementation of the projects. It also calls on the authorities concerned to maintain consultations with the sub-nationals, especially State Governments while choosing beneficiaries of such Orders in the future;

6. The Forum, after meeting with the British High Commissioner in Nigeria resolved to work with the UK Government in all the areas beneficial to the sub-region without compromising the sovereignty of the Federal Republic of Nigeria;

7. The Forum, acknowledged works of the Agency Great Green Wall Project in the sub-region, but call on the Agency to develop a framework for Regional/State partnership. This would engender robust collaboration with the sub-nationals and produce maximum impact;

8. The Forum notes with dismay the scourge of substance abuse in the sub-region. It therefore resolved to collaborate with the Substance Abuse Research Team (SART), through the Secretaries of the various State Governments to fight the scourge.

9. The Forum reiterated its support for the North East Development Commission (NEDC) and urged it to fast track the process of development of a Masterplan for its activities within the Sub-region. It also enjoined the Commission to work closely with the State Governments on areas of intervention. This would aid priority identification, close the needs gap and support project implementation.

10. The Forum considered the prospect for oil exploration in the region and resolved to have specialized institutions to provide the required local contents in the Oil and Gas industry. It commended the Bauchi and Gombe State Governments for establishing the Oil and Gas Academy for Human Capital Development.