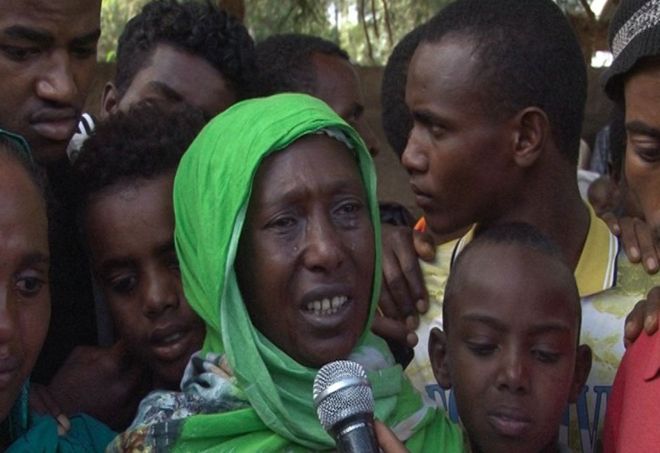 Thousands of people have fled Ethiopia’s Somali region following deadly clashes in recent days between ethnic Somalis and Oromos. The BBC’s Kalkidan Yibeltal looks at the cause of the conflict and whether it can be stopped.

Dozens of people are reported to have died in clashes across Ethiopia’s Oromia and Somali regions in recent days.

According to Adisu Arega, Oromia government’s spokesperson, 18 people have been killed.

Twelve of those victims are ethnic Somalis, Mr Adisu told the BBC.

The figures are however disputed by the Somali regional government, which says that more than 30 ethnic Somalis have been killed in the Oromia town of Awaday.

The clashes have displaced at least 30,000 people, some of whom have taken refuge in makeshift camps at a stadium in the eastern city of Harar, whilst others are camping at police stations.

Following intense anti-government protests that plagued the Horn of Africa country during most of 2016, the government imposed a 10-month state of emergency, which was lifted in July.

While this heightened state of alert calmed most of the restive areas in the Oromia region, it did not stop cross-border clashes in the Oromia and Somali areas.