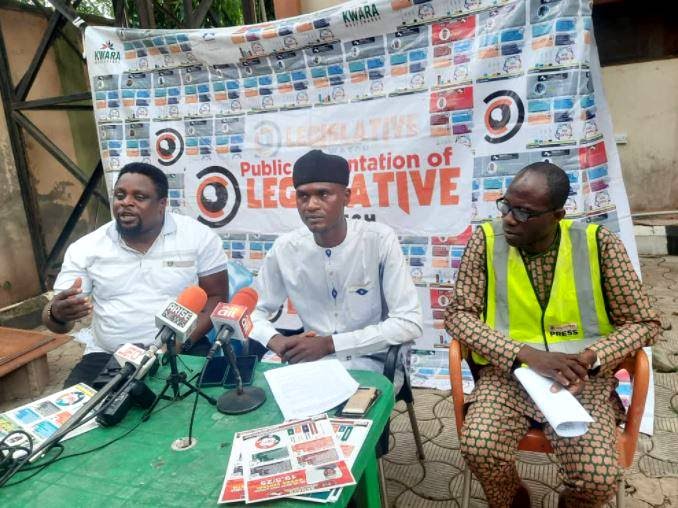 …Calls for Synergy Among Lawmakers

Against the backdrop of scoring more than 90 per cent members of the state House of Assembly below average in their performances,a leading pro-democracy group in Kwara state, Kwara Must Change, has called for an improved people’s participation and synergy among lawmakers at state and federal level.

The lead researcher and convener of the pro-democracy, Mallam Abdulrazaq Hamzat, made this call on Monday while presenting the second edition of legislative assessment report tagged Legislative Watch at press conference in Ilorin, Kwara State capital.

He noted that it is people’s participation that would bring about impactful and sustainable projects and legislation.

According to him, What we set out to do may appear new or different from the norm and may be difficult for some people to embrace it. What we expect from our lawmakers really is for them to connect with the people by engaging them the more.

He said: “Individual ideas cannot make a nation. There’s need for people’s participation so that when we are legislating or presenting a project, it would be in line with their needs and priority.

“Without that, even when we are doing the best of the bills, laws or projects, because it doesn’t meet the immediate needs of the people, it becomes what they don’t appreciate or protect”, he said.

The report said that all members of the state House of Assembly fell below pass mark of 70 per cent, adding that, the Speaker, Rt Honourable Danladi Salihu was the only top performer with 58 per cent score.

The convener explained that the assessments were based on four broad indicators, namely; representation, legislative advancement, executive oversight and constituency outreach.

What we’re saying is that our legislators should make laws that would make Nigeria better, monitor projects being executed by the executive. A point to note here is that our lawmakers in the country think oversight function is all about monitoring money and projects.

“We think it is more about the processes. Process should be properly monitored. Those in charge of funds; the civil servants, must be monitored to have impacts in projects and funds monitoring”, he said.

“All the three Senators from Kwara State scored above pass mark of 70%, but Senator Sadiq Umar from Kwara North came top with 84%”.