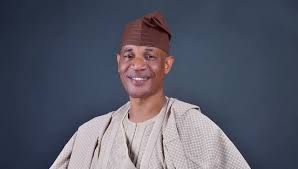 Chief Olusola Oke made this known on Thursday during his visit to Oyo state as part of Southwest tour for Presidential campaign.

A statement issued by Director, Media and Publicity of APC Presidential campaign council in Southwest, Otunba Biodun Ajiboye said the tour is to assess the preparedness of the six states in the zone for ongoing campaign and to, on behalf of the president thank them for accepting to take on the responsibility.

According to the statement: ”Chief Olusola Oke (SAN) from Ondo state was recently appointed by the president and duly inaugurated as the zonal coordinator of APC Presidential Campaign Council (APCC) is in-charge of Southwest. His responsibility is to coordinate Southwest for Buhari re-election campaign.

”The visit is important at this stage to assess efforts of the state coordinators who are governors, Therefore, Chief Oke embarked on the tour to keep the governors abreast of the high expectations of the party and Nigeria.”

He commended Governor Ajimobi for his preparedness and commitment towards re-election of Buhari, stating he will work with him to give the president sweet victory.

Oke disclosed that he will visit other Southwest states; Lagos, Ogun, Ekiti, Ondo and Osun.

He revealed that the zone is important to re-election of APC Presidential candidate, adding ”SouthWest has highest number of registered voters in entire Southern Nigeria’ Recognising that Lagos has the highest voters in the entire Nation, which puts our zone in a state of high expectation and we must live up to this expectation, he added.

”Winning SouthWest is critical to victory of Buhari. The president got over 4million votes in 2015, we are working to increase it to 8million votes in order to seal his victory from here. We need extra efforts in this zone to make APC win with wide margin.” He explained 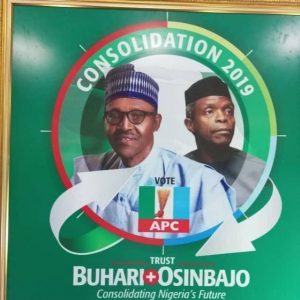 The SouthWest coordinator revealed that he will brief Co-chairman of APCC, Asiwaju Bola Tinubu, the entire council and presidency on steps and logistics to put in place ahead of the poll.

Oke says the council would meet National Committee on Buhari Support Groups (NCBSG) in South West to update them on their election management and monitoring role.

While in Ibadan, Olusola Oke and his team has plans to meet APC Governorship Candidate in Oyo state, Mr Adelabu to further map strategies to communicate campaign concepts to the people, recognising that Oyo has the second largest registered voters after Lagos .