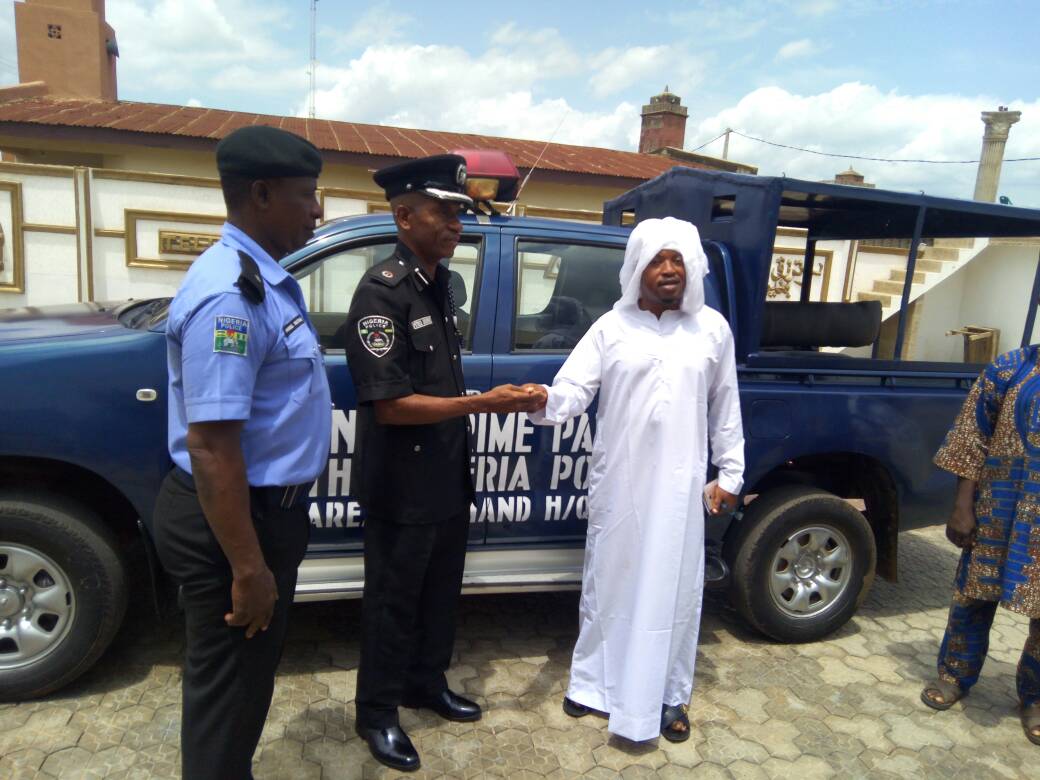 The Oluwo of Iwo Land, Oba Abdulrasheed Adewale Akanbi has handed over the refurbished utility vehicle belonging to the Iwo Area Command of the Nigerian Police Force, NPF to the area Commander.

The vehicle which was involved in ghastly accident few weeks ago has been taken to mechanical repairer at the expense of the Iwo monarch.

It was said that the absence of the vehicle have affected security and operations of the force in the area.

Presenting the vehicle in good shape to the area commander, the Oluwo stated that his administration and the good people of Iwo land will continue to support the police towards ensuring security of the people and their properties.

Oba Akanbi noted that he decided to foot the bill of repairing the vehicle because he believes that government alone can not provide all that is needed to police the society.
Responding, the area commander noted that security is everybody’s business hence the gesture by the traditional ruler was seen as a welcome development.
The Police were grateful to Oluwo and the good people of the ancient city for the repair of the logistic vehicle.