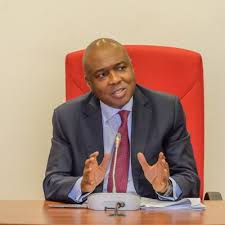 President of the Senate, Dr. Abubakar Bukola Saraki will on Monday lead a National Assembly Delegation to Washington D.C, United States of America for Parliamentary visit.

The visit, among others is meant to strengthen parliamentary and diplomatic relationship between Nigeria and the United States.

During the trip, Saraki is expected to deliver a speech on Nigeria /US Relations and opportunities at the Council On Foriegn Relations while the delegation is expected to meet with the U.S. State Department and USAID Officials to discuss Energy Development, Health, Education, Gender Development Initiatives and Agriculture.

The delegation will also hold meetings with select members and staff of the Committee on House Administration, including, Chairman Gregg Harper, Ranking Member Bob Brady and Chairman, Cedric Redmond, and Members of the Congressional Black Caucus.

In addition, the team will hold talks with the U.S. Congress Leadership, including Senate Majority Leader Mitch McConnell, President Pro Tempore, Senator Orrin Hatch as well as with members of Foreign Relations, Committee on Africa and Global Health.

The delegation will also partake in a Policy Forum on “Doing Business and Investing in Nigeria” hosted by the U.S. Chamber of Commerce, where Saraki will make a presentation.