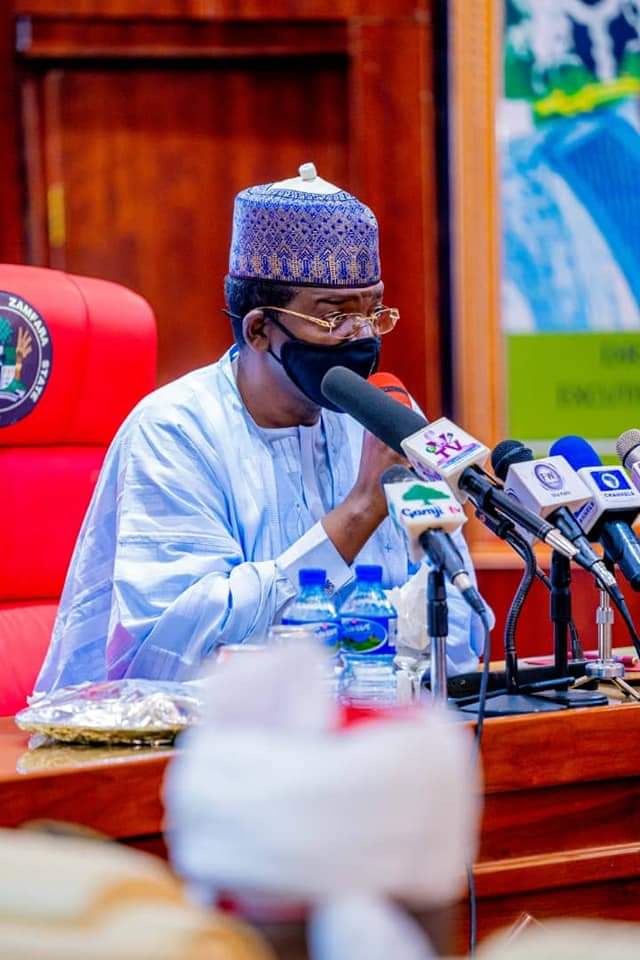 It has been a few weeks since Zamfara state Governor initiated the measure of suspending telecommunications services in the state as part of measures taken to curtail the excesses of bandits in the state. He has been accused severally by self acclaimed humanists and arm chair critics, most of whom do not even have a grasp of the map of Zamfara state lest even know the reality of its social setting.

We have battled with these type of critics who, nonetheless, were overwhelmingly ignored by Nigerians because they know them. Some of them are professional critics on matters they know little or nothing about but are pampered by a section of the media to further compound Nigeria’s effort at solving its multifaceted and challenging problems.

The latest measure taken by Zamfara State government to further nip in the bud the lingering problem of insecurity was a child of necessity. This has been acknowledged and supported by all well meaning residents of the State. The are states bordering Zamfara who initially had no intention to follow the same path, but saw the wisdom in doing so, did. Those who said they won’t, later did as well.

It is not wise to divulge much on the operation as it continues, but suffice to say that most of the dreaded bandit enclaves in Zamfara state are either routed today or are in complete disarray. Their backbone who are their informants have been greatly incapacitated with not less than 2,000 of them arrested so far. Note that before mow, most of them are known by the villagers where they reside but cannot be pointed out due to fear.

As the operation lasts, and as the successes recorded are clearly unprecedented, just like the arm chair critics, some worn-out politicians from the zone who have been instructively mute in the past when the bandits held sway, have today found their tongues released from captivity and are bent on discrediting it and its initiator, Governor Bello Mohammed.

No doubt, the measure is stringent, but it has become necessary at this time which the public have acknowledged and welcomed. It is also not in doubt that His Excellency has put a vehicle in place to ease the suffering of the people by mobilizing palliatives across the state. This will most certainly reach the people intended wether the Governor is in the state or not . The exigencies of administration is clear and its mis application by those who have followed the oath is therefore most unfortunate and all time low.

Governor Matawalle is not responsible for the sprouting and the subsequent maturity of banditry in the state or the North-West zone. But he is acknowledged even by our respected President Muhammadu Buhari as a dogged leader who is doing the right thing to end the problem he inherited in the state with honesty and committment.

It is rather unfortunate that when politicians fail in their popularity bait, try to pull down a rising star in their desperate attempt to once again shine. The current pace of fight against banditry will definitely continue. The vision of Governor Bello Mohammed cannot be dimmed by such opportunistic critics or politicians. With God on our side and with the continued support of our people, we shall succeed.