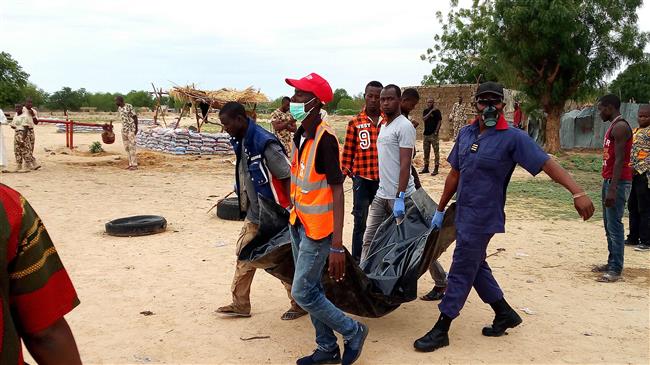 For natives of Nghar, Gashash District of Barkin Ladi Local Government Area of Plateau State, June 23, 2018 will always remain a sad memory in their hearts. That was the day men from hell visited the community and unleashed a reign of terror on the once peaceful community.

A visit to the deserted community clearly tells a sad story and government’s lack of readiness in ensuring that natives of the community get back home.

Only recently, an official of NEMA, who craved for anonymity, disclosed that government is working hard to ensure that the displaced persons are returned back home. According to the.official, the plateau state government have taken statistics of.those at the.camp and.they are working hard to take.them back to their homes.

Some of the natives who spoke with Yours Sincerely in Barkin Ladi, are desirous of going back to their ancestral homes. They are tired of being strangers in their country. The government of the day is not helping their pitiable condition either. How long will they continue to be dependent on people for survival?

The attack, Yours Sincerely gathered was targeted at the christian community as muslim was spared for reasons best known to the attackers. The attack which started 2:43 am lasted for several hours without a security personnel in sight.
At the moment, some survivors of the attack are gnashing their teeth at the University of Jos Teaching Hospital, while over 10, 000 are scattered around Barkin Ladi and its environs.

Narrating his experience, an Evangelist Joseph A. Makop,(as seen in the photo below) a native of Naghr community and currently an IDP.in Barkin Ladi, noted that its been a traumatizing experience since the incident occurred.

According to him, on that fateful day he asked his wife and daughter to join him in taking refuge at mosque which was perhaps seen as a safe haven for some Christians, she refused . He later discovered that his wife and daughter were killed and burnt while he was saved.
Makop, explained that losing his family members in a most painful manner was a traumatizing experience better imagined than witnessed, adding that two months after the incident he is yet to come to terms with it.

Another victim of the attack, Mrs Asabe Ezekiel, while sharing her experience with Yours Sincerely, noted that she was at home with her family when the incident occured .

According to her, the attackers who spoke in Fulani had asked her husband where he kept his gun, but the man said he had no gun and he was shot while her daughter, a student of Plateau State Polythenic who was on holiday was shot and they died.

Asabe, 39, further disclosed that she didn’t know why she was spared by the marauding beasts, but maintained that watching her husband and daughter die was a bitter pill too hard to swallow.

The mother of five who had earlier lost her son to accident, said life has become quite challenging in the absence of her husband. She noted that the government have been paying lip service to their plight at the IDP Camp run by a Church.
Asabe, as seen in the photo below, is a farmer and she is desirous of going back home so that she can contninue her farming business so as to raise her family.

Also, a four year old victim of the massacre, little Rebecca, noted that she has not seen her parents since the incident happened.
The little girl as seen in the photo below, who is currently resident at the Heipang internally Displaced Persons Camp, said she is missing her parents even as she hopes to see them some day.

Reacting to this development, the Country Representative of the Community of Sant Egidio, a faith based non governmental organization, Prince Henry Ezike has called on the Federal Government to tackle the issue of insecurity in the country so that citizens will not be refugees in their country.

He noted that the continuous killings in the country by a group of individuals is totally unacceptable, saying that dialogue remains the key to any grievance.