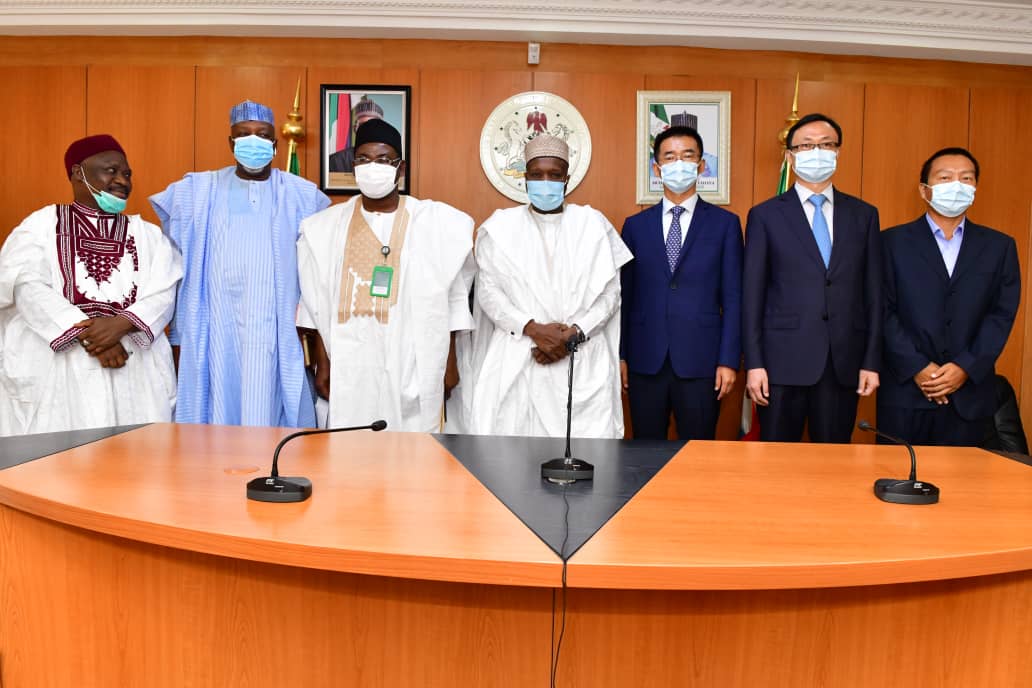 Gombe state Government has signed a Memorandum of Understanding with a Chinese conglomerate, TBEA Company Limited and Chinese Railway 18th Bureau Group, parent company of the EEC to generate 450 megawatts of electricity in three phases of 150 megawatts each from coal deposits in the state.

Speaking during the ceremony at the Government House, Governor Inuwa Yahaya described the signing of the MoU as another milestone in his administration’s determination to improve on the lives and means of livelihood of the people.

He said Gombe is one of the states richly endowed with human, solid minerals, forestry and agricultural resources but that several attempts overtime to find ways of improving the lives of the people through the natural endowments had not been followed to a logical conclusion.

” God Almighty has endowed Gombe with a lot of coal deposits, other solid minerals as well as oil and gas. You might have heard that recently I was at the villa to see Mr President on how we could fast track the process of exploiting the oil and gas deposits that the State is blessed with”.

The Governor said the State is equally making effort to harness the coal resources so that it can be used to generate power, stimulate industrial development and economic activities.

“We all know without power hardly could anything be achieved in the course of Industrialisation and bringing development to the people.

He said the meeting with TBEA Company Limited and Chinese Railway 18th Bureau Group which are the parent company of EEC Limited provides a golden opportunity for a mutual relation that will lead to power generation and trigger industrial development in Gombe, the north east and the entire country.

The Governor said after series of engagements, both the State and the two Chinese firms eventually agreed to consummate the pact through the signing of the MoU which will form the basis for the exploitation and utilisation of coal deposits in the State.

“So far it is only the Ashaka cement that is benefiting from the coal deposits in the State and when we visited Ashaka recently we discovered that the plant they are putting up will cover only about 18 megawatts”.

He explained that the agreement with the Chinese firms is going to be in three phases which will see each of these phases setting up a one hundred and fifty megawatts, enough to supply power to the north east and beyond.

He said, “by the end of phase 1,2 and 3, the partnership would have led to the generation of 450 megawatts for use in the State, the North East and the entire country for industrial growth as well as socio-economic development of the people.

The Vice President TBEA Company Limited, Chang Weijuin said their conglomerate which is into power generation for global market, has the capacity to harness the abundant human and natural resources Gombe is endowed with, particularly the coal deposits for the benefit of the people of the State.

He said the company is based in China but has markets in Asia, the Middle East, Africa and Europe, assuring the Governor that they will justify the confidence reposed in them and also keep their end of the MoU.

Secretary to the State Government, Professor Ibrahim Abubakar Njodi signed the MoU on behalf of Gombe state Government with Commissioner of Justice and Attorney General, Zubair Muhammad Umar signing as a witness, while Mr. Chang Weijiun and Mr. Qin signed for TBEA and CR 18 group respectively.